Special Needs Parents Have Their Eyes on Taga 2.0

Adaptive bikes are sought by countless parents seeking to give their children with special needs a typical childhood experience of riding a bike.  However, the price tags associated with adaptive bikes are in the thousands of dollars, making them an impossibility for families to obtain.  When our son Noah outgrew typical toddler bikes that we adapted with headrests and lateral supports, and pillows behind his head... I knew I had to find another option so that we could ride bikes as a family.  Noah's little brother was a pinch under a year old, and I searched until I found something that could accommodate both children.  My search led me to the Taga Bike.  I had only one big problem... at the time you couldn't purchase it in the USA.   I found a gentleman in Taichung, Taiwan named Jack, who was willing to ship one to me.  And as you can imagine an out of country purchase on top of shipping wasn't cheap.  But I had this dream... this beautiful dream of riding bikes with both of my children regardless of Noah's severe disability.  It arrived in November of 2011.  A bright beautiful Taga Bike with two seats, and a sunshade for Noah's sensitivities to sunlight, and a rain and bug guard.  It was a really beautiful bike and gave us many years of enjoyment.  But Noah got taller, and now is much too big for the original Taga Bike.   That beautiful red dream sits quietly in our basement now and my dream feels once again on hold. 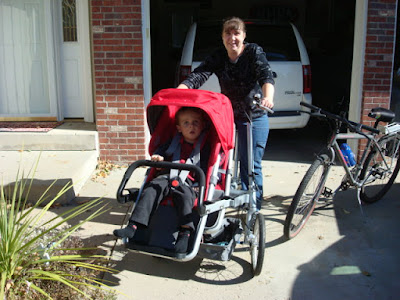 Because I am always hunting adaptive equipment that can better Noah's life and bring him enjoyment I stumbled on an advertisement for the new Taga 2.0.  I was instantly intrigued.  It captured my attention immediately as it did for so many other special needs parents in the community.  We liked the idea that it could accommodate older children, it had a chair that had recline capabilities, it even had an electric feature, sunshade and even additional accessories for your child's desire to play.   And this is the very best part, it's affordable - or I guess I should say within a more reasonable reach for special needs families than most all other adaptive bikes are. 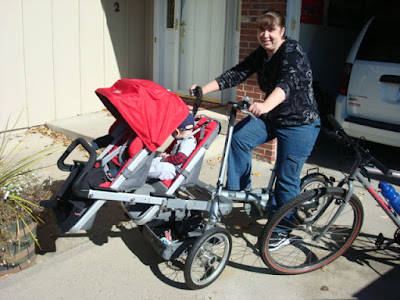 Taga 2.0 was launched into a Kickstarter Crowdfunding Campaign.  Within the first two weeks Taga 2.0 reached their 100K goal within the first eight minutes the campaign going active with nearly 1,500 backers who pledged a purchase. This has pledge amount has now exceed $1.55 million dollars.   Figures like these tell you just how much families have been waiting for a bike like the Taga 2.0.  Of course by pledging for a Taga 2.0 in the next 44 days you will be saving hundreds of dollars in a discount from retail price.

And here's an even better part... for all of Noah's followers the first ten who pledge for the Taga 2.0 during Kickstarter will get a free universal click-on adapter!  All you need to do is send an email to [info@tagabikes.com] info@tagabikes.com saying that you were referred by Noah's Miracle!

And because Taga is a company that cares... as we speak they are working behind the scenes to give even better seating opportunities to children with special needs that will be compatible with the Taga 2.0.

The Taga 2.0 would allow me to keep that dream alive for Noah and to get him back into family bike participation opportunities, we hope that we'll be able to find funding during the Kickstarter campaign to be able to gift him with a Taga at Christmas (anticipated estimated delivery for many of the pledge options).  It has an extra comfort seat, recline seating, sunshade, and toy accessories that we could mount that would give Noah such a sense of fun as he rode a bike with his family.  A perfect match for so many children with special needs!


Don't forget to check out the Kickstarter Campagin and video at the link!  Taga 2.0 is a perfect bike for children of all abilities. https://www.kickstarter.com/projects/taga2/taga-20-the-ultimate-most-affordable-family-bike