You Know Your Own Child Best

Mommy Groups.  I think sometimes they can be the root of all evil.  Social media has developed into a very ugly thing.  It's of course sprinkled with hints of positivity, sometimes camoflaughed good intentions, and even sometimes idiots in disguise.  A forum where everyone thinks they know it all, and are quick to cast stones.  I used to be a bigger participant than I am now in support groups, mommy groups or special needs groups.  Now I am merely mostly a fly on the wall watching the mud slinging back and forth.

Sometimes I roll my eyes behind a computer screen at what people find critical in their day; a mom complaining about how sexualized yoga pants are for a sixteen year old and wanting the community to ban them from schools so her son doesn't get a hard-on during math class; the parking line up at school and who should get top priority of drop offs; neighbor complaints - that's always a big one.  Every one and anyone seems to get on the world's nerves.  Man you could walk to your mailbox in flip flops after a snow storm and someone is going to post about it and how much your freedom to do that ruined their day.

I ran across one post today though, which was like one of those what place it is of yours posts.   The kind where you're like butt out it's none of your business.  Even though everyone seems to think they need to make someone else's business their business.

It was a mom, under the pretense of being an amazing friend.  You know the kind so amazing, that she doesn't want to hurt the tender and delicate feelings of her close friend but feels obligated... no correction - compelled to tell her friend that she feels that her child has special needs because he's not developing or succeeding as fast as her child is at the same age.

First, that's not true friendship.  That's a competition of who's kid is better, brighter, smarter and excelling quicker.   Moms news flash:  it's not a race.  If a child happens not to talk clearly as a toddler it doesn't automatically mean they need a speech therapist.  Trust me I know this.

Luke didn't speak a word until he was three.  Three years old.  I didn't sweat it.  I wasn't saying oh God, I must have two special needs children.  One severely disabled like Noah, and one that won't talk to me and must also be non-verbal.  I had countless people cross lines with me when it came to Luke as a baby and toddler.  Many of which were some of Noah's former therapists.  They picked Luke apart with the assumption that if Noah had a disability that therefore his little brother was destined to as well. They see the correlation that you have one child with a "problem" so they assume your other children will have problems too. There was genuinely nothing more irritating than someone trying to step in and tell me my other child also had problems.

Luke was focused on for being left-handed, for speaking later than most kids his age, and for his need to be extra clingy and co-sleeping with us until the age of five.  I knew as a mother, there wasn't anything wrong with Luke other than he was choosing not to talk.  His receptive communication with us was just fine, he was using gestures to get what he wanted, and I knew what I was up against was that he had nothing to model communication from when Noah was showing you could have your needs met by not saying a word.  As a mom I just knew there was no real problem.  I sensed it.  I knew.  You just know as a mom if you have a child with a problem or not.  You just do.  All of us have that sense about our children.  And the day Luke decided to talk, it wasn't just one word like momma, dadddy or ball.  It was a full out mind blowing here's your first sentence that I've been holding in for three years.

To this day, Luke is a naturally quieter child.  He will only speak if spoken to, and only if he feels like he wants to or it's worth his time.  But if he does watch out because he will talk your ear off - especially if you mention anything about the ocean and sea life. But there isn't a single thing developmentally wrong with him. He's still left handed, but I don't see that as a disability, (or something that needs to be corrected by tying your hand behind your back as a therapist "kindly" suggested I do), and I happen to love that he's clingy because I know someday he's going to grow out of wanting to hug and love on me and blow me kisses before bedtime.

I can tell you a parent automatically knows if there is a problem or something off with their child.  They just will.  It's evident to them whether it be a sudden onset or something they have seen coming on all along.  And if they don't notice a problem with their child.  Chances are there isn't one.  So you stepping in on a mommy board looking for advice on the best way to approach your friend to tell her that you feel her child needs a speech therapist, just because he's not keeping up with your kid - signals to me that you aren't such a good friend.   How about you mind your own garden and tend to your own flowers.  If a mom thinks there is something wrong with her child she'll speak up and inquire and ask and seek help.  Stay on your side of the curb and don't play the superior game my child is doing A, B and C before yours so that must mean something is wrong if your child isn't keeping up with mine.

Not all typically developing children get to the finish line at the same time.  Same is true for children with special needs too.  They are all different.  It's a mixed bag when it comes to who accomplishes what and when.  Everyone is on their own time line.  It doesn't automatically mean a child has special needs because they aren't keeping up with yours.  And it's really not your place to even suggest such nonsense.  And while you're at it, quit playing the passive aggressive I'm the nice mommy just trying to help out my good friend.  No you're not.  You're the mean mommy that wants to play I'm superior and so is my kid or you wouldn't be posting on social media how best to approach your friend with the suggestion that her child has special needs and needs a speech therapist. 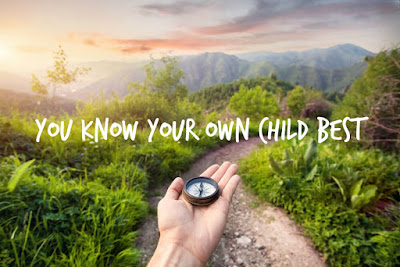 There is no more single best expert in your child's life than you.  And people tend to either be so bored that they just can't mind their own business or they purposefully find ways to be a problem for other people.  Don't let a "-foe-friend" in competition clothing bother you.  Just keep rocking your own mommy inner compass about your own child.